Houses damaged by a massive landslide in Atsuma Town, Hokkaido

On 6 September 2018 at 03:07 a.m., Hokkaido was struck by a powerful earthquake with a magnitude of 6.7, which centered in mid-eastern part of its Iburi region. It recorded the maximum seismic intensity of 7 in Atsuma Town.

Situation of Damage (As of 5 September 2019; source: Hokkaido Prefectural Government)

Dead: 44 (including 36 by the landslide in Atsuma Town)

Characteristic of the disaster

1.Major damage caused by the earthquake

More than 20,000 houses were completely or partially damaged. 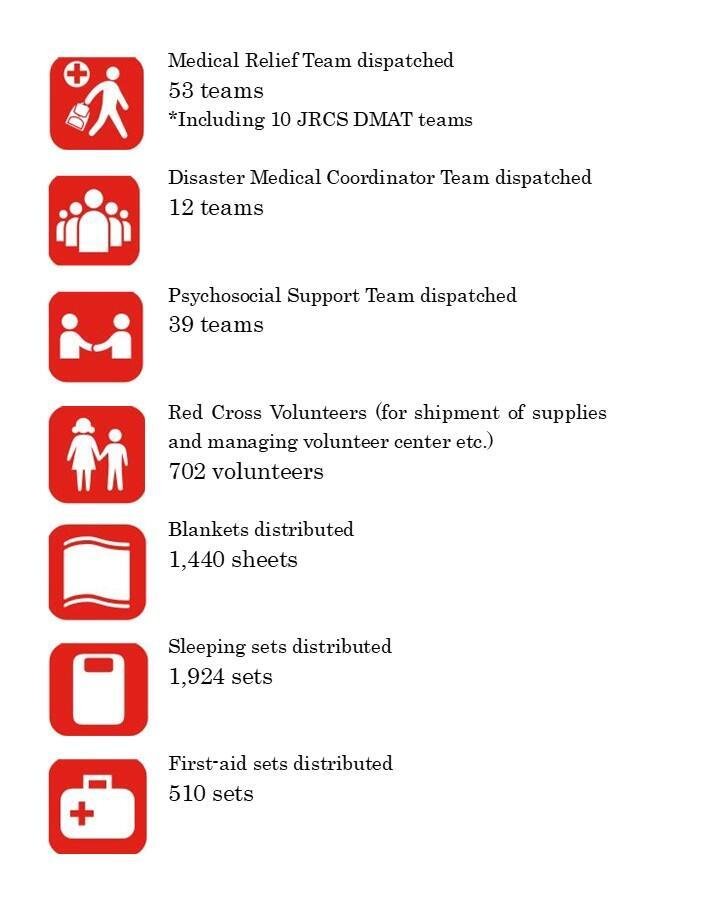 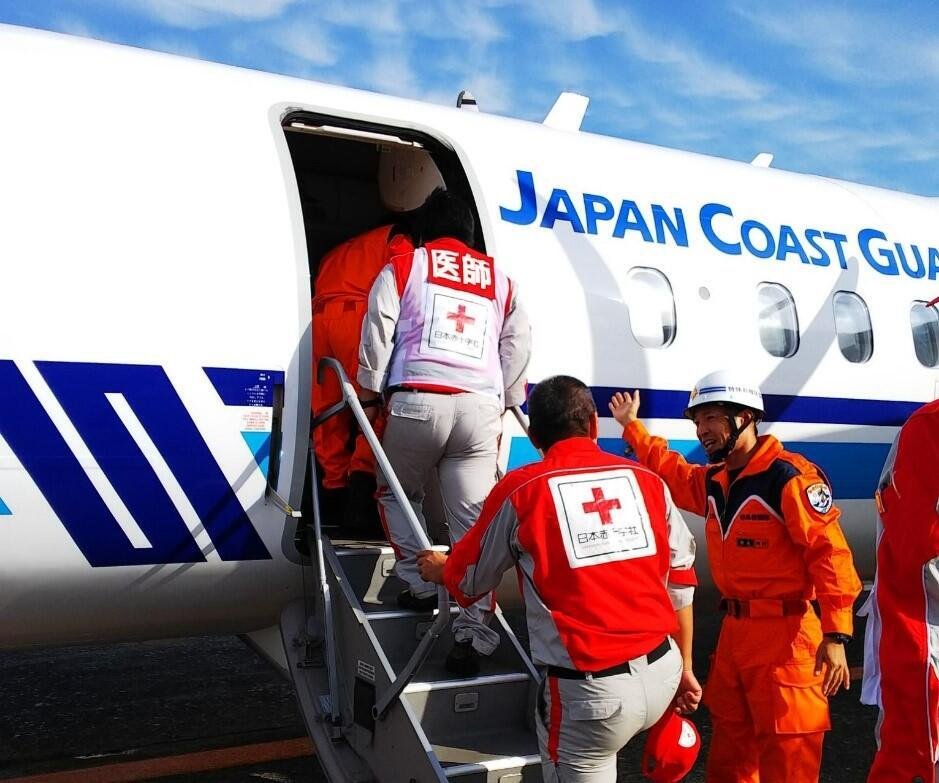 The JRCS first-response team from its headquarters was transported by the Japan Coast Guard official aircraft to Hokkaido early morning on 6 September 2018.

The seismic intensity of 7 earthquake struck Hokkaido for the first time in its history. It caused a huge power cut, so-called "blackout", almost all over Hokkaido, which made the situation complex.

The earthquake also caused the shut-down of a local airport, New Chitose Airport, due to the damages to its facilities and the power cut, which had initially limited assistance and support to reach the affected areas from outside the Hokkaido island. 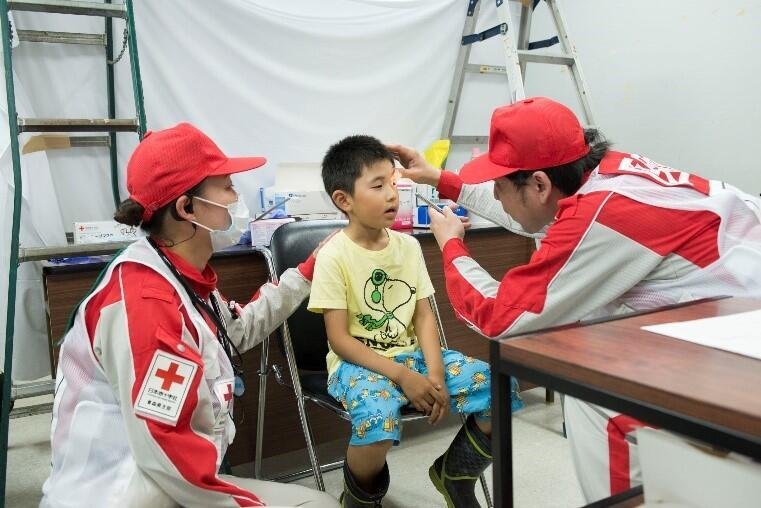 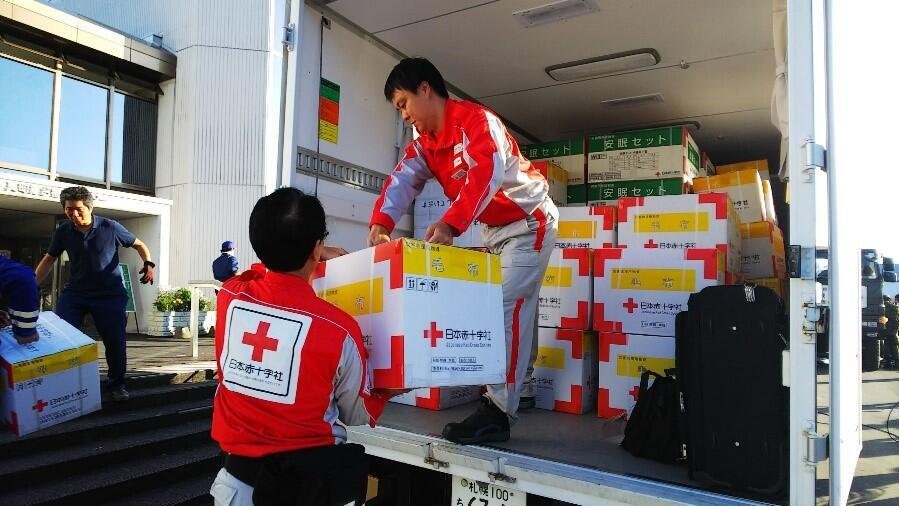 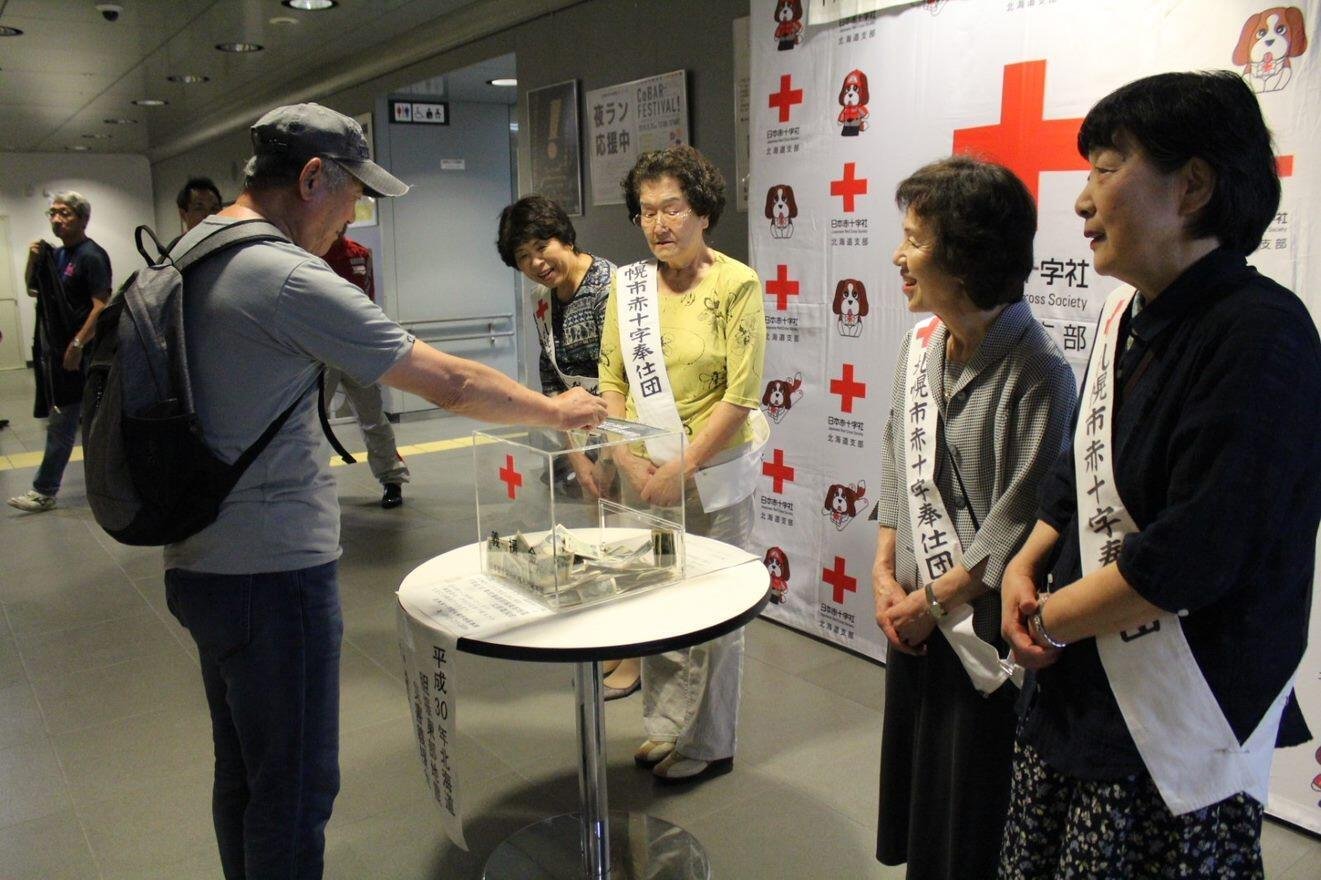 Red Cross volunteers for Nordic Walking in Hokkaido also organized stretch exercise sessions as well as Nordic Walking events for the people in affected communities in Atsuma Town in order to prevent them from economy-class syndrome.

Until 31 March 2020, the Japanese Red Cross Society had received donation as cash grant for this disaster. All the cash grant has been delivered to the affected people.

The cash grant is to be allocated according to the damage and to be transferred to the affected people through the Cash Distribution Committees in Hokkaido Prefecture.