Overview of the Heavy Rain Event of July 2018 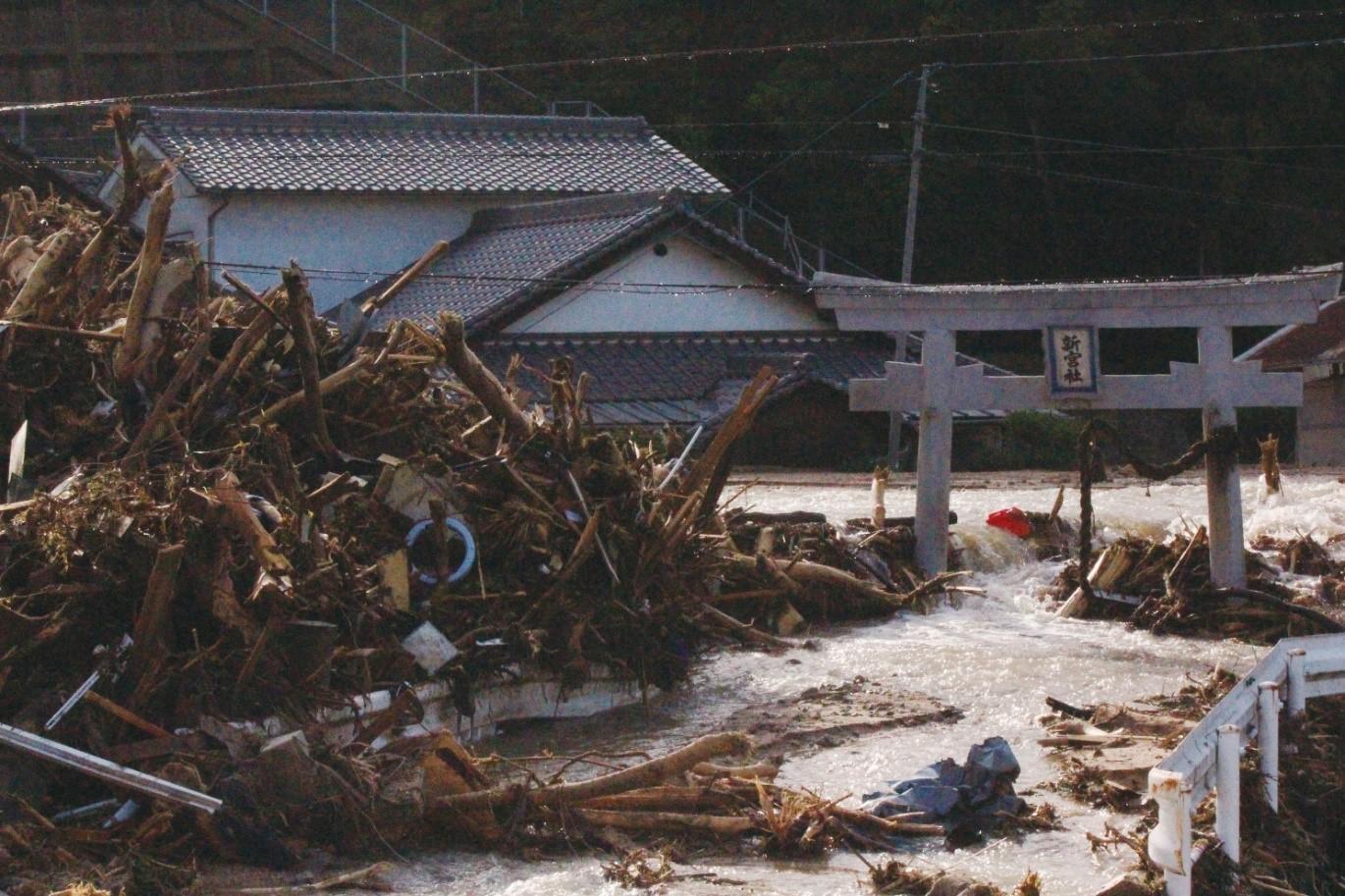 Characteristics of the disaster

1.Enormous damage caused by a prolonged and widespread heavy rainfall

Many people stayed in their own damaged home instead of going to an evacuation center. They stayed at the second floor of their home, which was safer than the first floor, since the first floor had been damaged by flood.

Due to the extreme heat following the disaster, many people were suffered from heatstroke, which made their evacuation life and restoration works difficult. 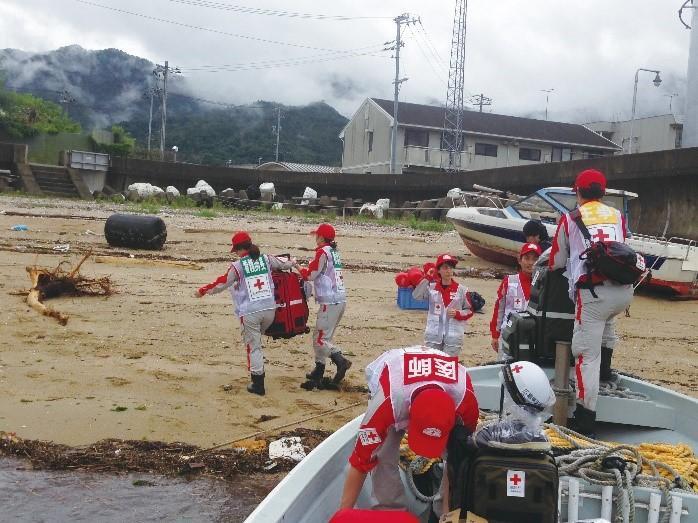 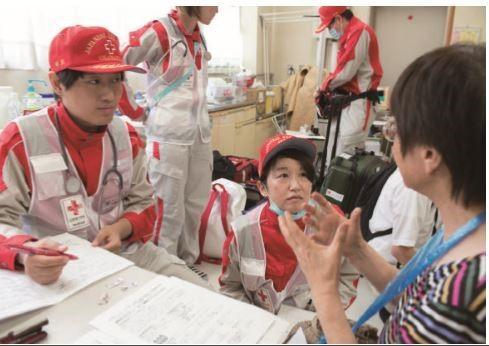 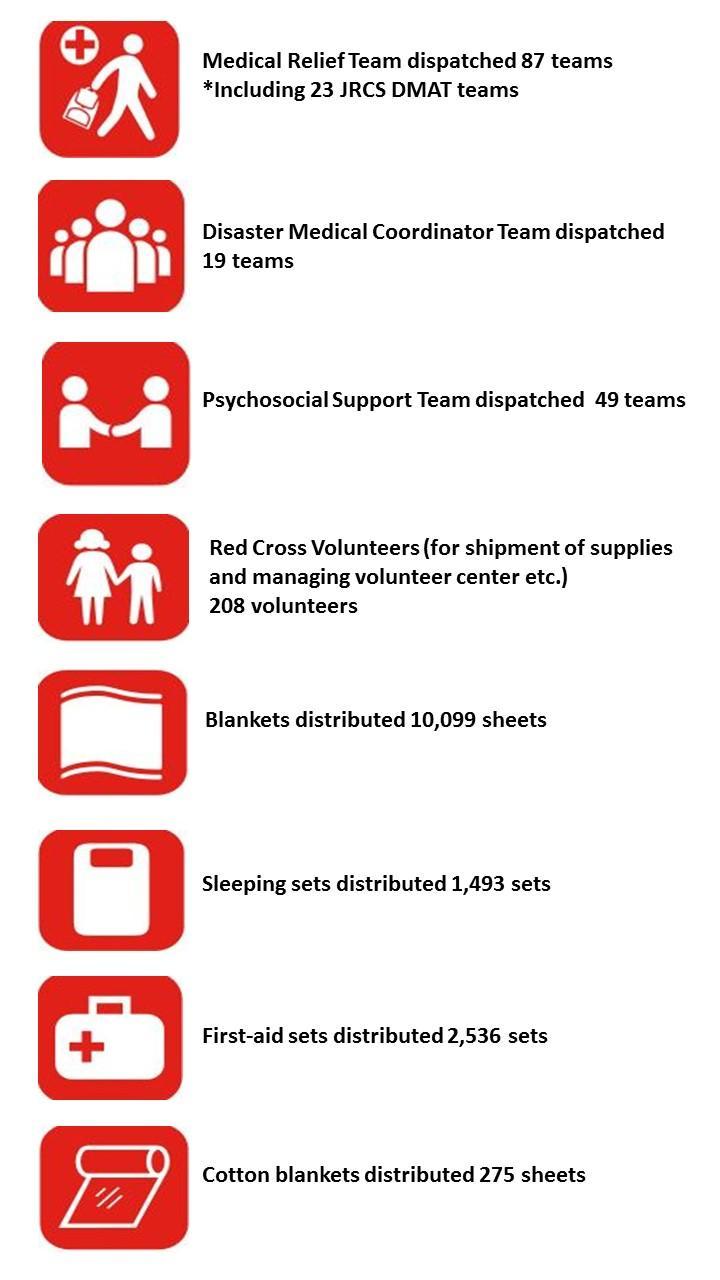 Activities in the affected areas

JRCS Medical Relief Teams from all over the country were deployed in the most affected areas of Okayama and Hiroshima Prefectures, to provide medical assistance and relief operations at the aid stations and at mobile clinics of the evacuation centers. Furthermore, in order to alleviate stress due to prolonged evacuation life, Psychosocial Support Teams assisted community patrols, local government staff and managers at evacuation centers, which is so-called "support of supporters". 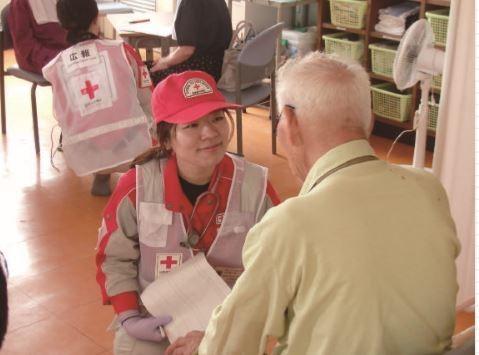 JRCS Disaster Medical Coordinators discussed medical aid framework in the affected areas with local doctors' organizations and medical facilities so that they could easily coordinate among themselves.

Medical Relief Teams also distributed elastic stockings with the people to avoid economy-class syndrome and advised them to pay attention to heatstroke. 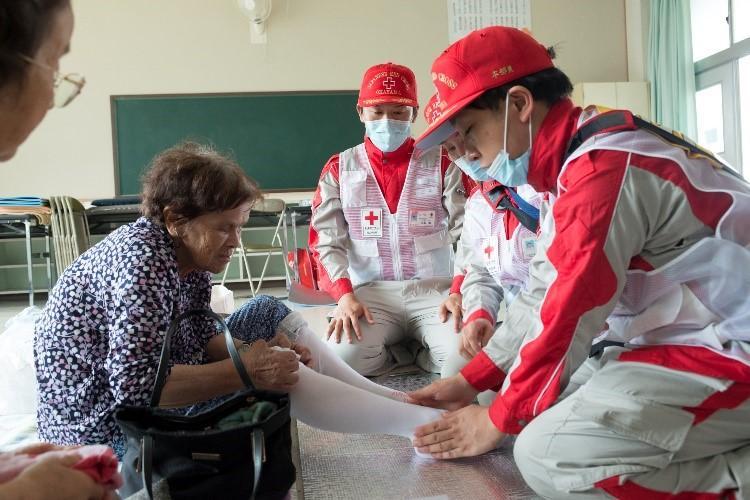 To alleviate stress due to prolonged evacuation life, medical doctors, who had experience from the Great East Japan Earthquake in 2011 or the Kumamoto Earthquake in 2016, were dispatched to give support and advice to the people. 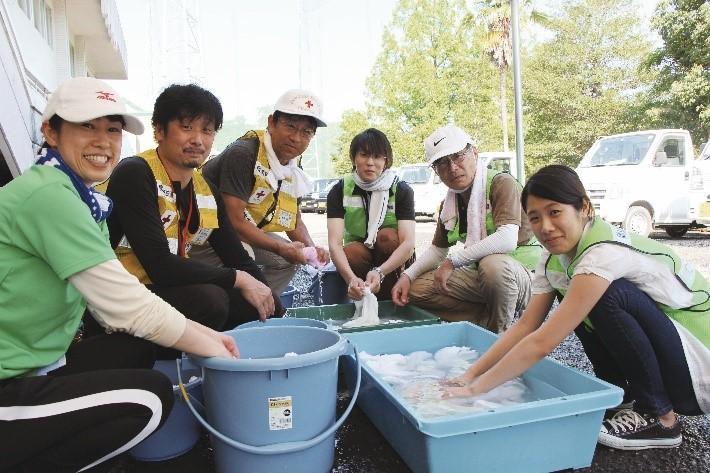 JRCS Okayama Chapter participated in managing volunteer centers of the local social welfare councils in each community. Experiences of Red Cross volunteers were helpful for the management.

Based on the needs assessment at the evacuation centers, relief items such as blankets, sleeping kits, first-aid sets, which JRCS stored in advance, were quickly distributed with the help of Red Cross Volunteers. Oral rehydration solutions and latex gloves which were donated from private companies were distributed as well. 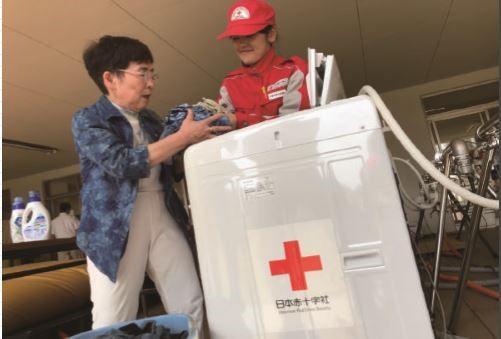 JRCS WATSAN (Water and Sanitation) teams were deployed to the areas, which were out of water, in order to set up water tanks and washing machines for the affected people.

Voice from the affected people 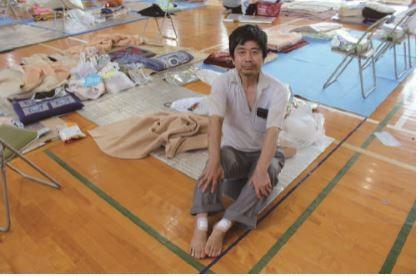 The JRCS Medical Relief Team came to the evacuation center and treated my injured leg quickly and kindly. I wish Japanese Red Cross Society continues contributing to our society. 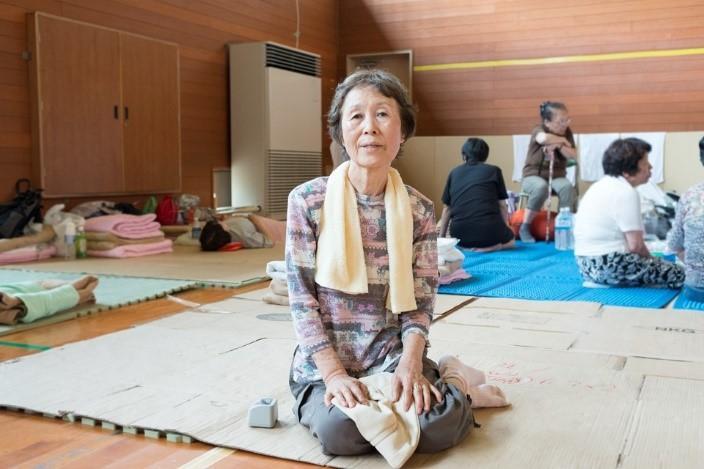 I have diabetes, but thanks to the Medical Relief Team, I could spend days comfortably at the evacuation center. I can be depended on the Japanese Red Cross Society who gives us various supports.

The Japanese Red Cross Society dispatched its well-trained staff members immediately after the Heavy Rain Event of July 2018 and worked for the medical service and the psychosocial support activities to help the affected people. We often received "thank you" message directly from the affected people. We strongly believe that this is the message for everybody who has supported the JRCS activities.

Through our activities, we continue delivering your heartwarming support to the people in need.

The Cash Grant is to be allocated according to the damage and to be transferred to the affected people through the Cash Distribution Committees in Okayama, Gifu, Kyoto, Ehime, Hiroshima, Kochi, Fukuoka, Shimane, Yamaguchi and Hyogo Prefectures.